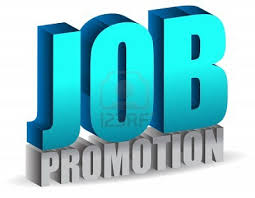 Rochelle called me last week with great news!  “I got promoted to full-time with benefits,” she told me excitedly.  “And I got another fricking raise.  I am just so excited.  I told them I would be happy to work Christmas and Thanksgiving, but I don’t have to.  I like my job and I like the people I work with.  I am getting an 11% raise this time, and I’ve only been working for the company for 6 months.  I’ve received two raises and a promotion.  I’ll be making the same pay as I made at the department store when they closed, but it took me 7 years to get there.”  Rochelle could hardly believe that her hard work had paid off so quickly.  I wasn’t surprised, but I was thrilled for her.  I had always heard that this privately held grocery store chain was a great place to work.  I had graduated from The McCombs Graduate School of Business at The University of Texas in 1981; the woman who was president of my class at the time also decided to work for this same Texas grocery store.  When I asked her why, she had explained that it had a reputation for great management and excellent training.  I haven’t kept up with this woman, but it seems that she was correct.

Rochelle came over for another interview three days later.  There were new problems with her eldest daughter; she had removed her from her middle school and enrolled her in a charter school the same day she had received her promotion.  Normally this would have been a major crisis in Rochelle’s life, but the praise and another raise and a promotion to full-time hours with benefits made her able to take all that in stride.  “I just might be on my way,” she told me.  “They really like me there and they tell me I have a future with them.”  She worked hard at the department store too, but it made no difference in her economic status.   No one had taken her aside and mentored her.  Her raises were small and there had been no chance for promotion.  Not only was I happy for Rochelle, I was also gratified to see a company treat its employees so well.  Good companies realize that it is actually their employees who must come first and not the customer.  Customers are treated well when the employees are treated well.

The news of her promotion is the best news Rochelle has had in the year or so that I have been interviewing her.  It doesn’t solve all her problems; her pay is still low, but it is a huge step in the right direction.  She is very proud of herself and she deserves to feel that way. She wants to be self-sufficient.  She wants off food stamps.  She wants off her housing subsidy, and she wants to be able to afford health insurance.   She isn’t there yet, but she has made a huge step forward by starting to work at what appears to be an employee focused company.